Innsbruck located in the Tyrol region of Austria is known as the ‘Capital of the Alps’. Back in the nineties I visited this spectacular city on a school ski trip. This time around I was one of the responsible adults with two kids in tow.

A city nestled within an Alpine valley – it’s well worth nabbing the window seat on the flight for the descent into Innsbruck airport through the breathtaking mountain range.

It’s a city where nature meets culture and historic and futuristic architecture lie harmoniously side by side.

The obvious starting point for any trip to Innsbruck is the famous shining landmark the Goldenes Dachl (Golden Roof) in the Old Town.

Once you’ve ticked the Old Town off your list here is my pick of the top five things to do in Austria with kids:

It’s a city hemmed in by the Austrian Alps – unlike other cities you don’t have to drive an hour to be in the mountains. They’re on your doorstep. The highest peak is Hafelekarspitze, at 2,334 metres. To reach these heady heights your first stop is the spaceship-like shelter of the Hungerburg Funicular.

The stations were designed by the late Zaha Hadid, the architect behind the Olympic Aquatic Centre in London and Riverside Museum in Glasgow. The funicular will whizz you up to the Nordketten cable car, which you catch from the last stop.

The first stop on the cable car is Seegrube,  also home to a fantastic Austrian restaurant with panoramic views of the city and a small playground.

Once at the top the options are endless. Either stay around the mountain station for little strolls or tighten your  boots and hike some of the many trails into the mountain.

Whichever you decide you’re in for some amazing all-encompassing views of the area.

Alpenzoo is the highest zoo in Europe (750 metres above sea level) and houses more than 2000 animals and 150 species all indigenous to the Alpine region. Nestled up against the Nordkette mountain range it’s peppered with looping pathways linking the enclosures.

The paths are mostly paved and suitable for strollers but some are steep. To be expected I suppose when climbing a mountain whilst animal watching.

You can easily access the open-air zoo by the Hungerburgbahn funicular another fun experience for the kids.

We saw brown bears, eagles, wildcats, vultures, moose and many more. The wolves apparently howl in unison with the church bells when rung in Innsbruck. And when you need a break from the animals the kids can enjoy the playground whilst you sit back and savor the amazing views.

For a relaxing day head to the Imperial Hofburg Palace. Wandering around the halls and apartments you’ll get your fill of rococo design.

There is a brilliant English audio guide, which takes you through the ages of the Palace. The girls really enjoyed the extravagant decor and had questions galore about the life of a non Disney princess.

The recently refurbished Giant Hall is stunning with it’s impressive life-size portraits. It’s a unique room which breaks tradition of displaying long-lost ancestors, but instead focuses on Maria Theresa’s living family at the time. She was also the only female ruler of the Habsburg family – Girl power!

Mother to 16 children, she was a busy lady. To occupy her brood she had a garden built for her children to play opposite the Palace. Of course, this was no ordinary garden more of a lavish park.

Dazzle your kids with the sparkling crystals at  Swarovski Crystal World (Swarovski Kristallwelten) in Wattens on the outskirts of Innsbruck. Most are aware of the famous brand, but you may not know that Daniel Swarovski founded the company back in 1895 in Tyrol.

Recently re-opened after a major revamp in 2015, it’s a world of mesmerising fun for both kids and adults. On entry you’re greeted by a giants face in a manmade hill spouting a waterfall. Walk into a fantasy world designed by Viennese artist Andrew Heller. Explore the exhibits, the first being a large wall made from twelve tons of crystals. This is followed by crystal works of art by many artists including Andy Warhol and Salvador Dali.

Have you ever wondered what it’s like to be inside a crystal? Well step into the Crystal Dome which uses 596 mirrors and be fully immersed.

Wander underneath the outdoor Crystal Cloud made from 800,000 hand-mounted and enchanted floating crystals. This mystical masterpiece is the largest of its kind worldwide.

A homage to the diversity of crystal through the use of glass, marble, steel and synthetic 3D prints.

If that wasn’t enough you have the beautiful gardens, a maze and a mighty tall playtower where the kids can go crazy.

To end those hunger pangs there is a fantastic onsite café/restaurant called Daniels serving international and regional culinary delights. Plus you can’t forget the gigantic Swarovski store where you can purchase a bauble of two. Making it a recipe for a great day out.

Horse and Cart ride Around Innsbruck

Who can resist being whisked around in a majestic horse and cart? It was one of the best ways to see the city. We took a 50 minute tour which included the city sights and the residential areas on the outskirts.

The buildings are so grand and ornate Mr S and I relaxed with our feet up in the back whilst the girls sat up front.

They were lucky enough to have a go at steering Johnnie (the horse) too once we were off the busy city streets. The perfect ending to our three-day break in the wonderful city of Innsbruck

Buy the Innsbruck Pass! This card really will save you money. It gives you a free ride on the cable car, free public transport, completely free entry to a number of top attraction including the ones I’ve mentioned above like the Hofburg, Alpenzoo, The Crystal World and many more.

Have you ever been to Austria with kids? Would you consider Innsbruck for your next city break? Let me know in the comments box below. 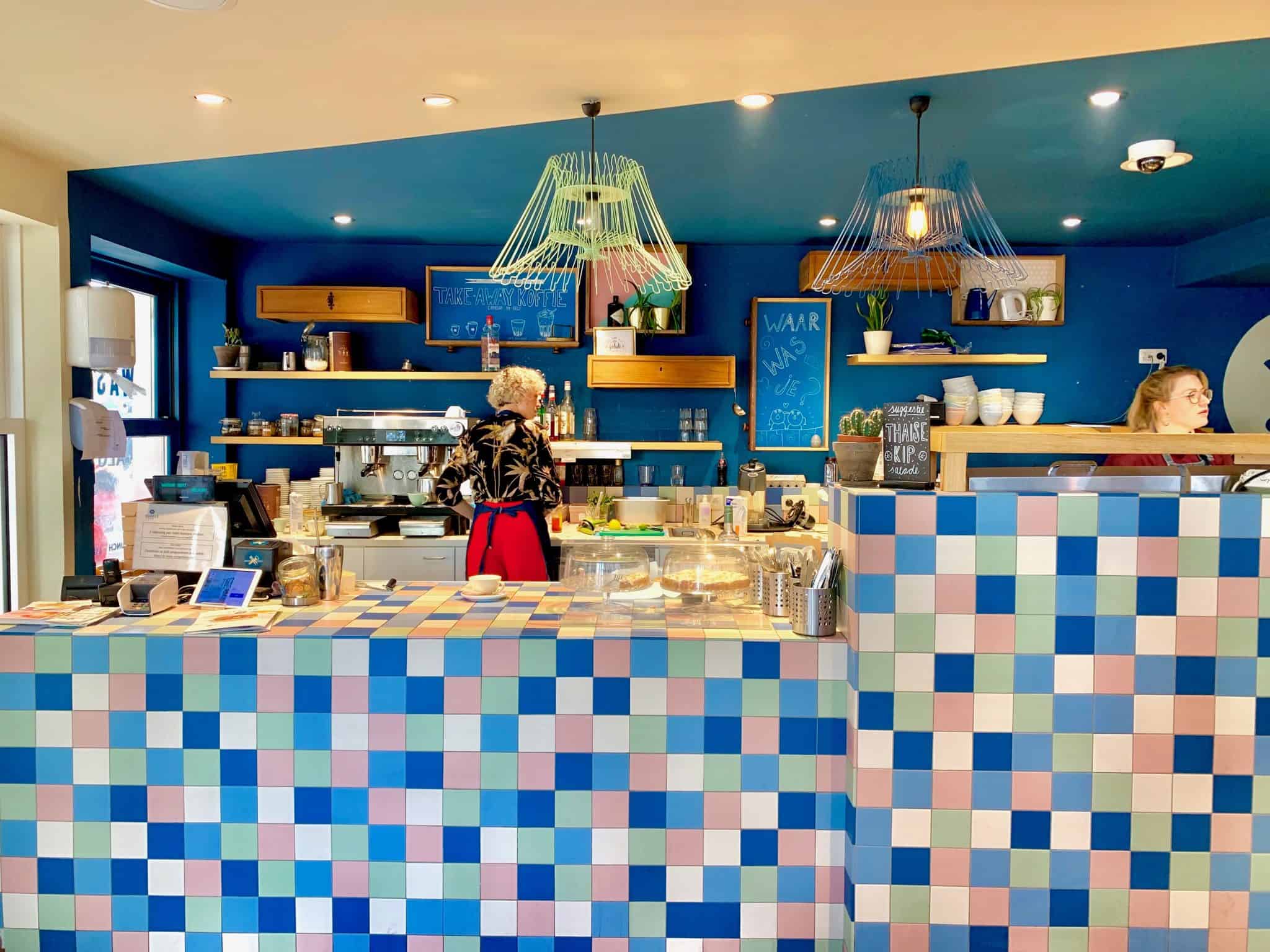 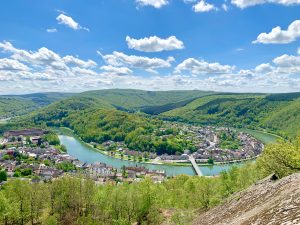 How to Visit the French Ardennes with Kids 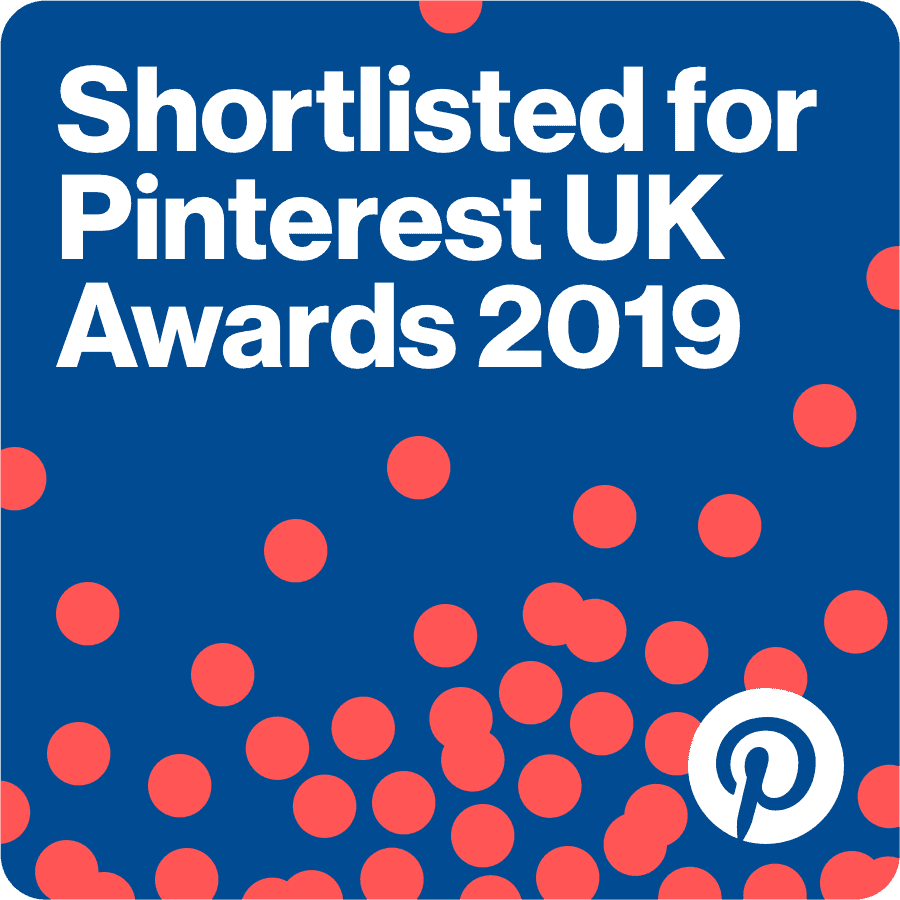 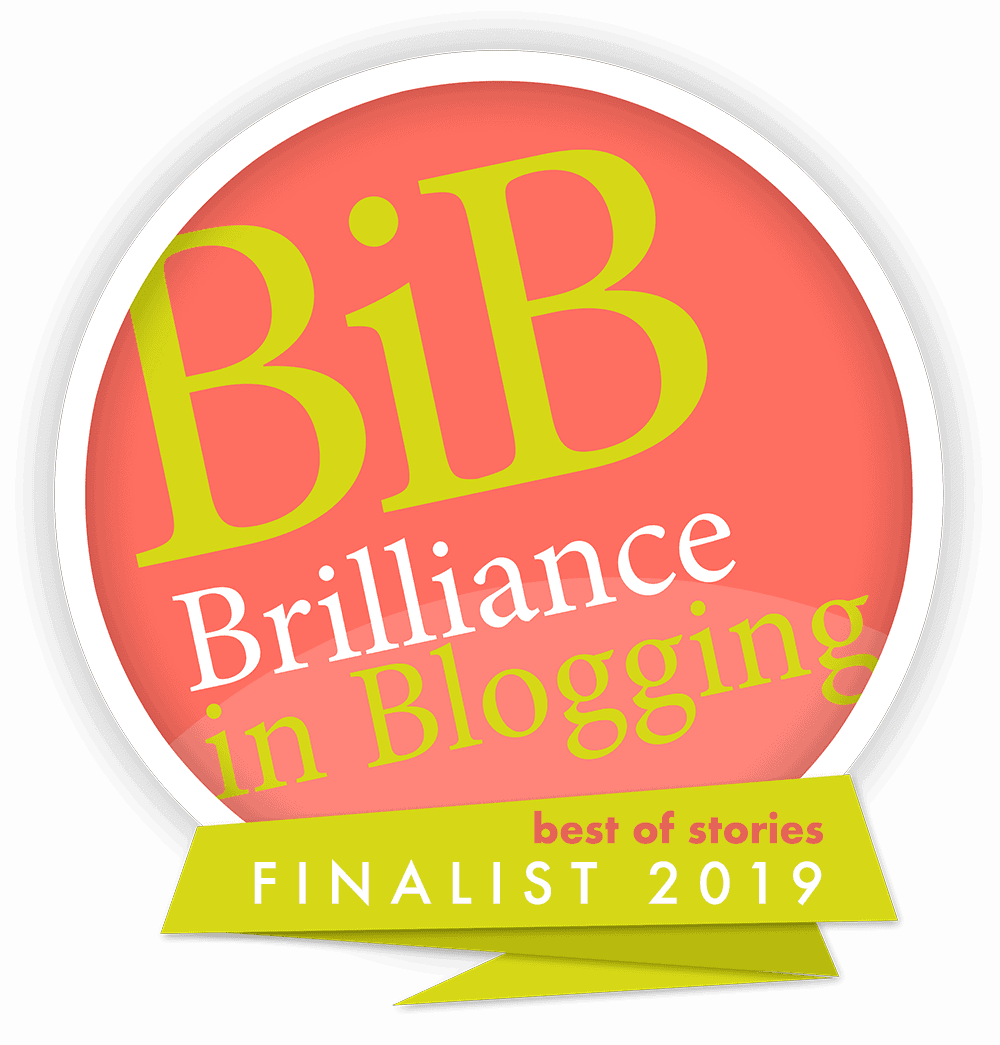 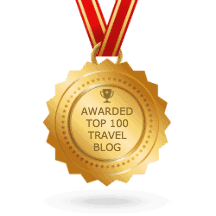 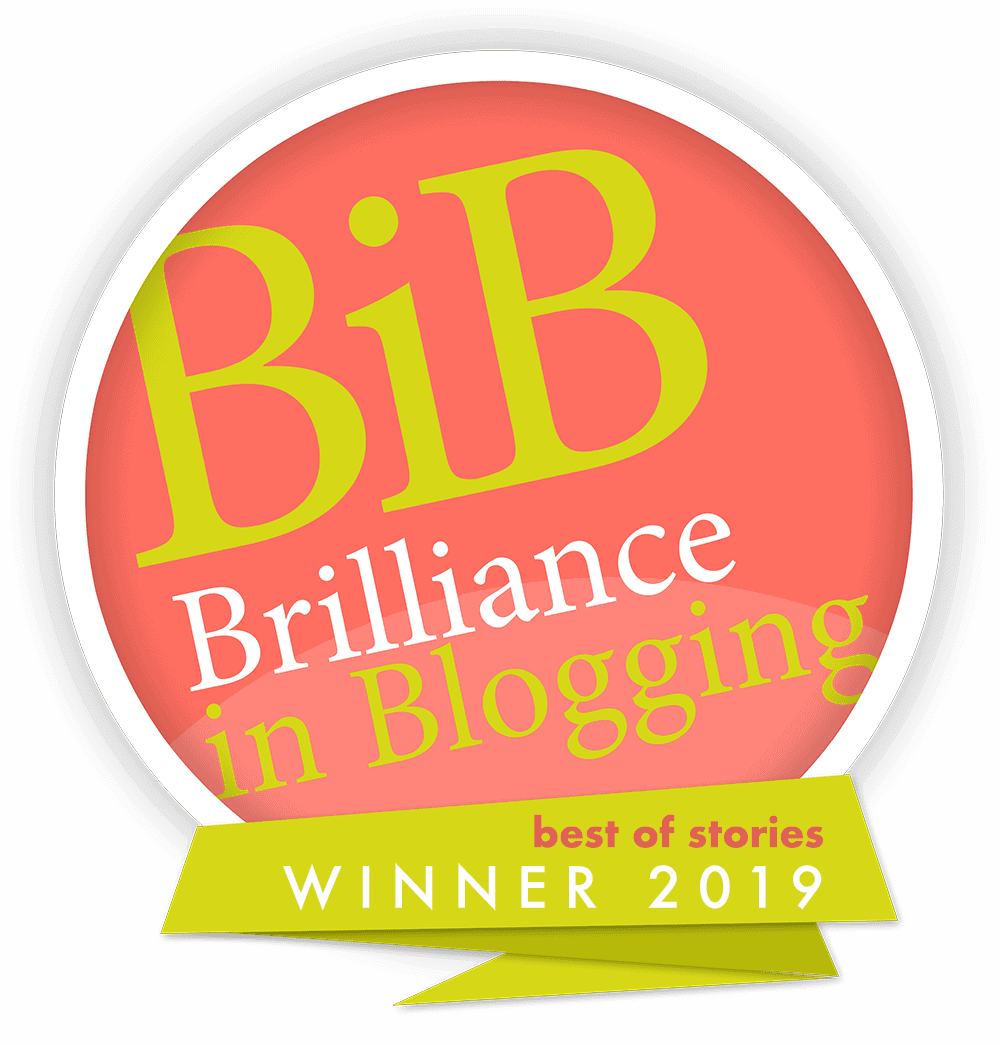 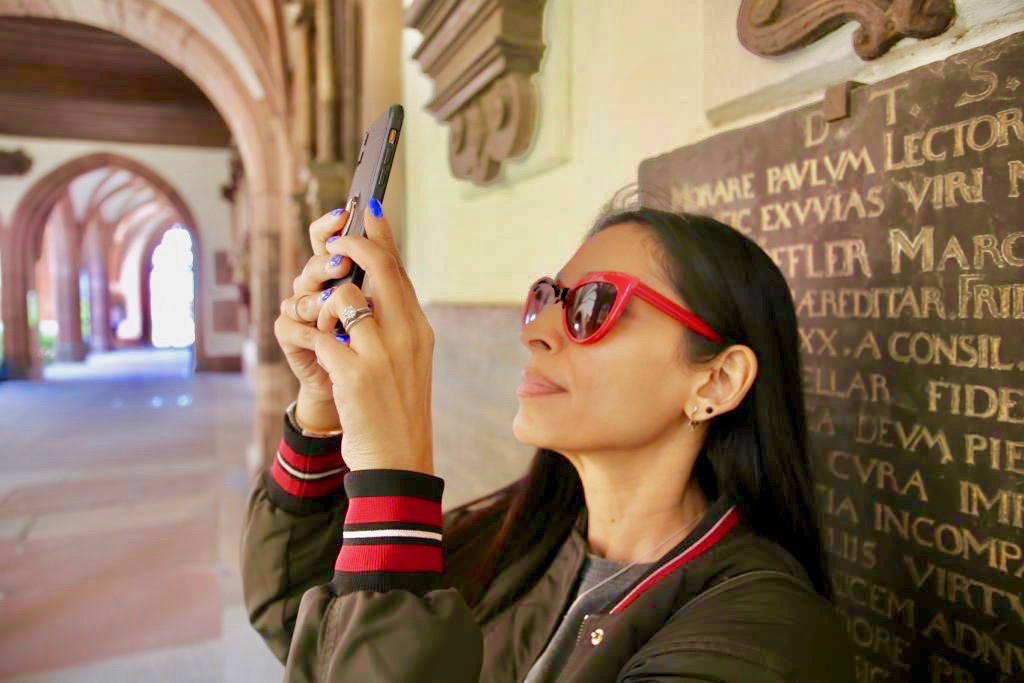